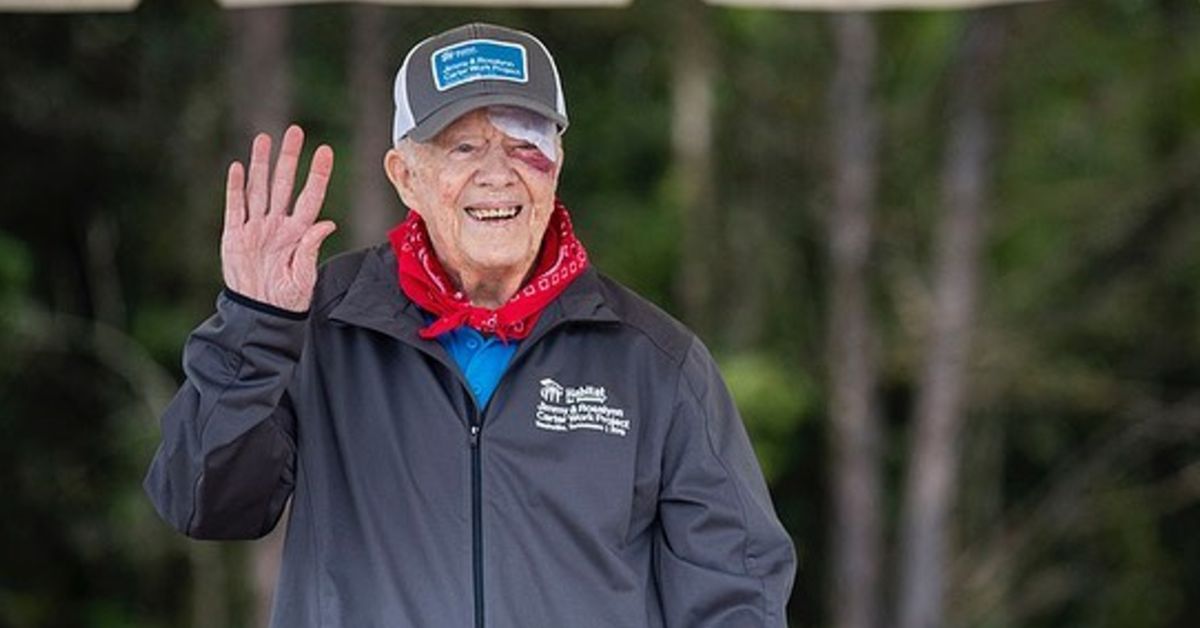 There's truly nothing that will slow down former President Jimmy Carter, and if you think he's about to let something like a few stitches get in the way of his volunteer work, think again.

According to CNN, the passionate humanitarian got right back to building houses just one day after suffering a pretty serious fall in his Georgia home, an accident which left him with a black eye and 14 facial stitches.

Carter recently celebrated his 95th birthday but has shown absolutely no signs of slowing down anytime soon. 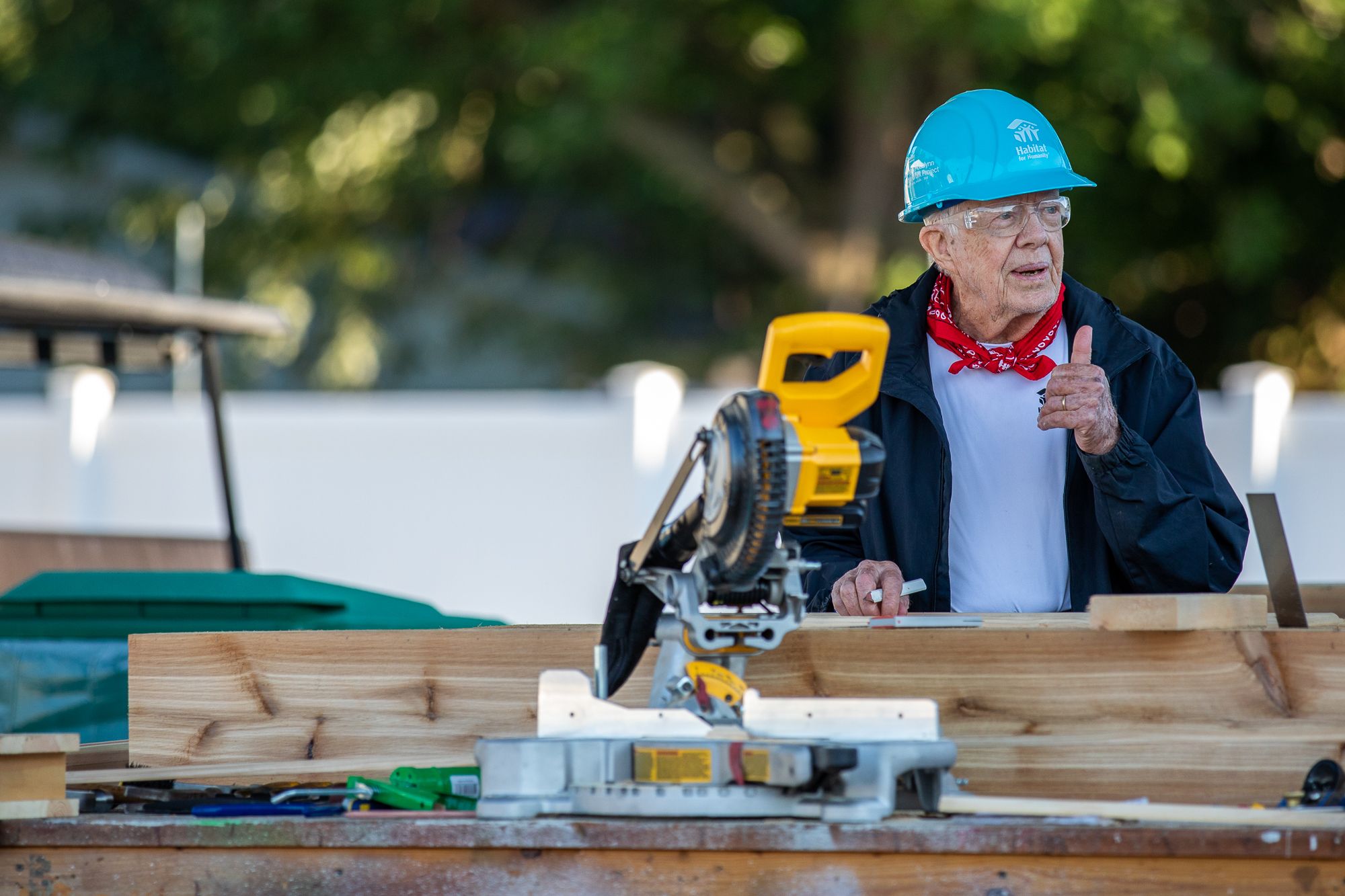 In September, just months after undergoing hip replacement surgery, the former president picked up his hammer again and went right back to building homes.

"There have been many times when people have tried to count President Carter out, and they have never been right," Habitat for Humanity International spokesman Bryan Thomas told The Atlanta Journal. "We are excited that [Jimmy And Rosalynn] will both be back."

On Sunday night, a visibly injured Carter appeared in Nashville to kick off a week of volunteer work, once again demonstrating his dedication to the cause. 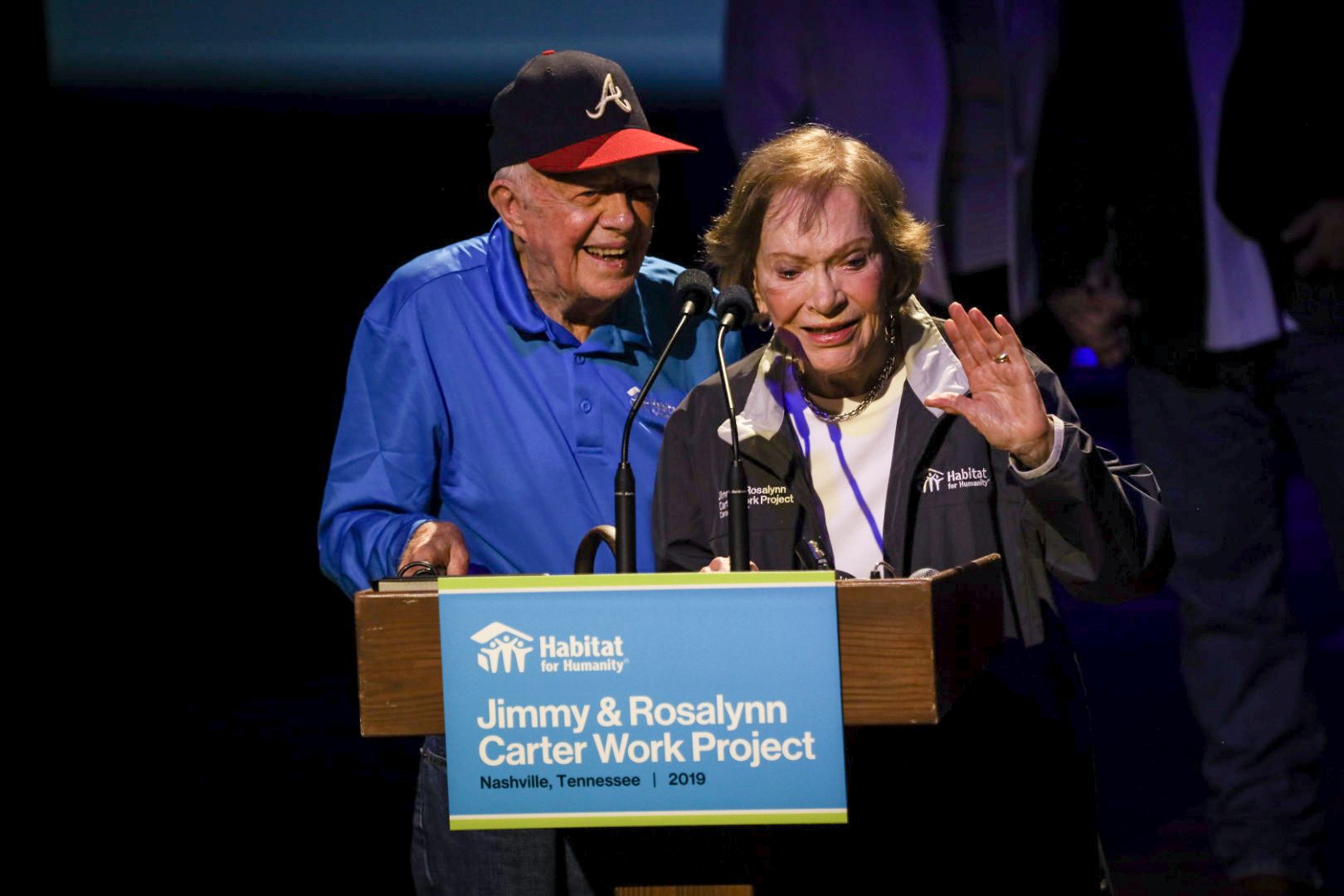 With part of the bandage over his left eye covered by an Atlanta Braves hat, he took to the podium and addressed the crowd of people who all came out to participate in the 36th Jimmy and Rosalynn Carter Work Project with Habitat for Humanity.

"I fell down and hit my forehead on a sharp edge and had to go to the hospital," he explained. "And they took 14 stitches in my forehead and my eye is black, as you've noticed. But I had a number one priority and that was to come to Nashville and build houses."

The following morning, Carter had a drill in his hand and was working alongside other volunteers as part of the house building project. He began the day by sharing stories of Jesus with the large crowd that showed up to lend a hand, and he told them that every person there has the ability to be "a complete success in the eyes of God."

Carter then went on to spend the day gluing, drilling, and nailing pieces of wood to build corbels.

He was joined at the construction site by his wife, Rosalynn, who also offered a helping hand to volunteers. 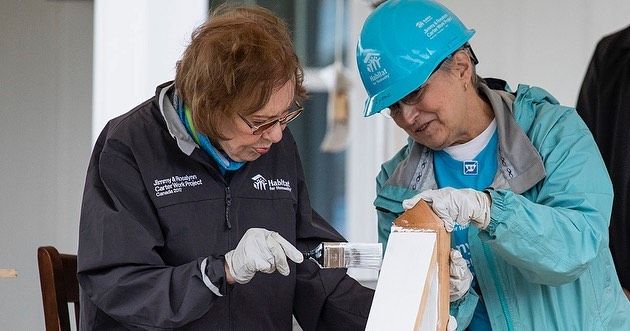 As per the project, 21 new homes will be built in Nashville's Park Preserve neighborhood from Monday to Friday.

“It is such an honor to host a former President of the United States and his wife, especially such a notable couple who have done so much humanitarian work on behalf of affordable homeownership, not just in the United States but around the world,” said Danny Herron, president and CEO of Habitat for Humanity of Greater Nashville.

The Carters began their philanthropist efforts back in 1984 and haven't stopped since. 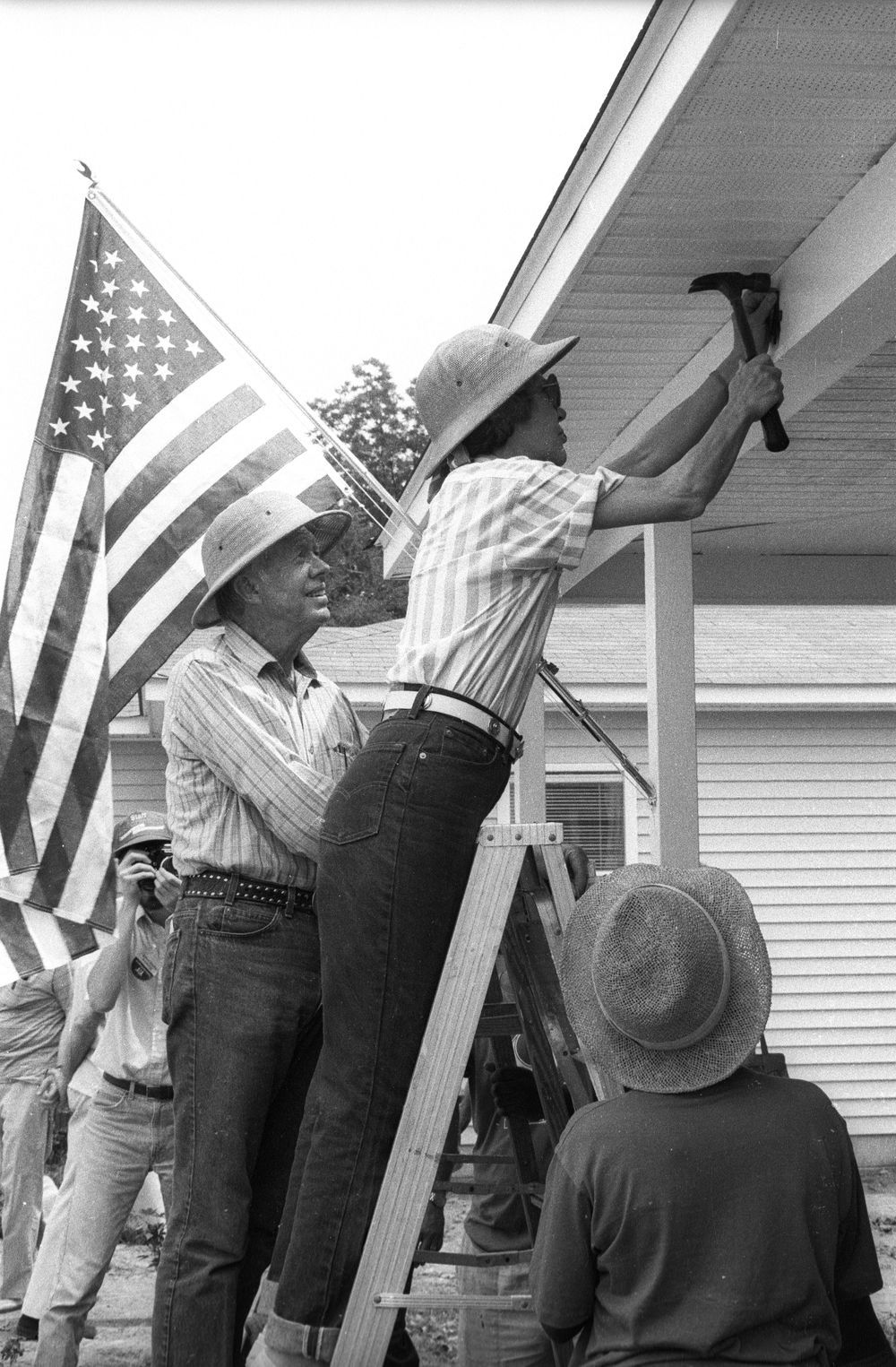 In 36 years, the former first couple have worked alongside the likes of more than 100,000 volunteers in 14 countries to build, repair, and renovate over 4,000 homes.

Together they founded the Carter Work Project, an annual week-long home building effort which takes place in a different location around the world every year.